Nearly every household (20 of 22) on South Adams Street in 1900 had some sort of connection with communities in Canada. The abolition (with some exceptions) of slavery in the British Empire in 1834 meant that Canada became a refuge, if not a paradise, for those escaping southern bondage. In the early 1840s, William King, a Louisiana slave owner who rejected slavery emancipated his slaves and moved north to Canada where he and many of those set free settled around the town of Buxton forming the settlement of Elgin. To this day, North Buxton remains a center of Canadian black culture. 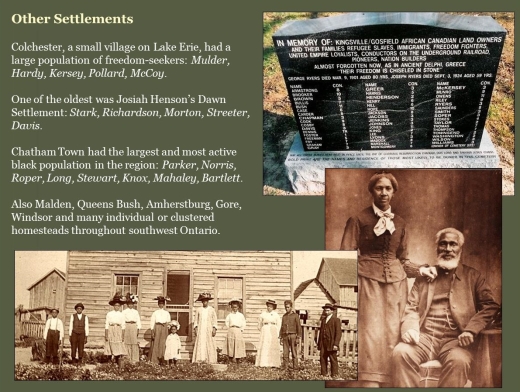 Several other communities were formed in this period, like the Dawn settlement led by Josiah Henson near Dresden and the Queen’s Bush area and the town of Chatham. What began as a trickle became a rush with the threat posed by the 1850 Fugitive Slave Act in the north. Perhaps 20,000 of blacks fled to Canada by the late 1850s. Ypsilantians would be tied to those communities well into the twentieth century.

Courtesy of Archives and Museums of Canada

Residents of South Adams in 1900 had connections to Chatham Town, Bothwell, Buxton, Amherstburg, Colchester, Queen’s Bush (Owen’s Sound), and Dresden/Dawn among others. Many were born there. sixteen according to the 1900 census, many more had lived there, either as fugitives from slavery or refugees from rampant, legal racism in the north. Some had journeys that began in the south, born ‘free,’ who later moved north to states like Ohio, only to north move again in the 1850s to Canada. Others were born into slavery who, with their very lives on the line, braved extraordinary hazards to reach freedom.

‘Pathways to freedom’ Routes to Canada. Canada Museums and Archives.

The map above shows one reason why so many in Canada had connections to Ypsilanti; it was a bottleneck point of many routes converging at Detroit to cross into Canada. Many of those who found their way to Canada first passed through Ypsilanti. Here, they made connections born of solidarity in adversity. Those connections developed over time. After the Civil War the border meant little for what was a single community that, though politically separated, held a similar history, as well as common families, religious and social institutions. It was this common community that Ypsilanti was a part.

That community would later be subsumed by the Great Migration, which brought hundreds of thousands of blacks from the south seeking work and relief from the institutional racism to the north. The experience that defined the separateness, born of the great events of the mid-nineteenth century, of the black community that existed in Ypsilanti before, was Canada.

For more on Ypsilanti’s role in the Underground Railroad see this extensive interview between this website’s author and Mark Maynard. 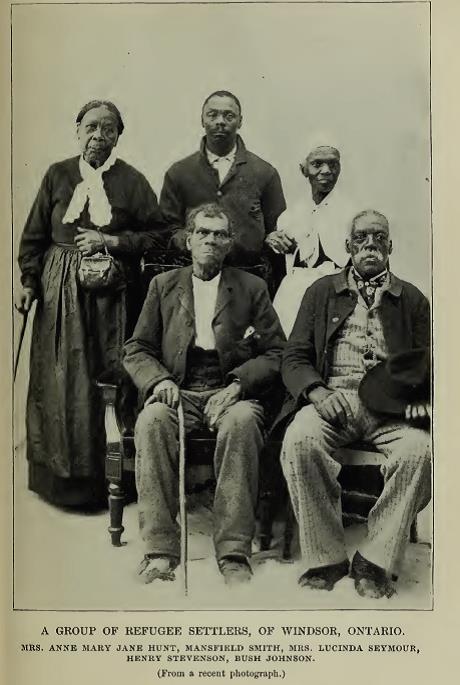 For more on Canadian settlements follow the links to Canadian-connected sites and museums below. Or better yet, visit them in person!

Google books, available for free, has these books published in the period with narratives of those who emancipated themselves, and reports on the refugee communities of Canada.

The Life of Josiah Henson: Formerly a Slave, Now an Inhabitant of Canada

The Narratives of Fugitive Slaves in Canada. Related by Themselves, collected by Benjamin Drew

The Refugees from Slavery in Canada West: Report to the Freedmen’s Inquiry Commission, Samuel Gridley Howe

The underground railroad from slavery to freedom, Wilbur Henry Siebert